The Role of Pyloromyotomy on Gastric Drainage in Esophagectomy and Gastric Pull-up Procedures: A Randomized Clinical Trial Study

Introduction: Gastric drainage disorder is one of the complications of gastric pull-up and esophagectomy after surgery which might lead to esophageal cancer and benign strictures. The aim of this study was to determine the role of pyloromyotomy on gastric drainage.
Materials and Methods: In this prospective randomized controlled clinical trial study, we studied 51 patients in two matched groups from July 2008 to August 2010 in ImamRezaHospital, Tabriz,Iran. Twenty-seven patients in group one had no pyloromyotomy and 24 patients in group two had pyloromyotomy after transhiatal esophagectomy and gastric pull-up procedure. The outcomes were measured as the incidence of gastric outlet compromise which was diagnosed 12 months after esophagectomy and gastric pull-up. Regurgitation, fullness, respiratory distress, coughing and, clinical delayed gastric emptying were observed and compared in two groups by radioisotope gastric emptying scanning.
Results: A total number of 51 patients, 19 (37.25%) male and 32 (62.75%) female were studied in this research. The overall incidence of delayed gastric emptying was 19 /51 (37.25%). Pyloromyotomy did not reduce the incidence of delayed gastric emptying. There was no statistically significant difference in the length of hospital stay in study groups (group 1= 11 days versus 12 days in group 2, P=0.41). There was no statistical difference in anastomotic leak or anastomotic stricture (P= 0.72). Mortality was two (one patient, 3.7%, in group 1 and one patient, 4.2%, in group 2). The incidences of regurgitation and increased gastric emptying were not statistically different in two groups.
Conclusion: Pyloromyotomy could not reduce the incidence of delayed gastric emptying after transhiatal esophagectomy, and vagotomy. 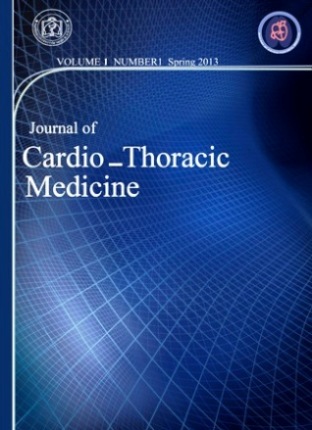